How to Stay Safe from Asbestos After a Fire 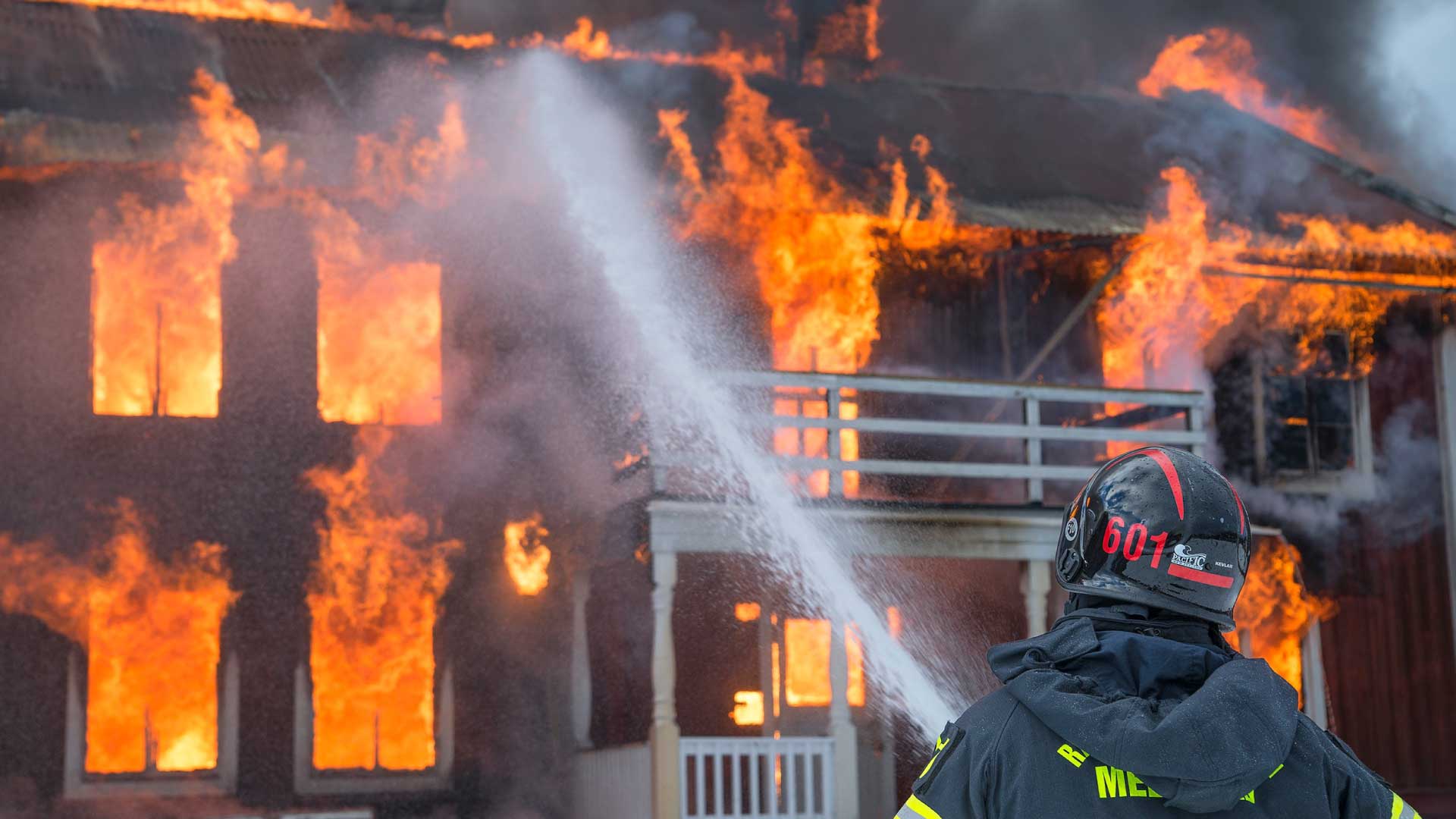 House fires are heartbreaking. Flames not only destroy personal possessions but the lives of people who once filled the home.

It only takes a few minutes for an entire residence to be engulfed in flames. Heat is even more life-threatening than the fire itself, with room temperatures reaching up to 600 degrees at eye level.

Smoke and toxic gases from house fires kill more people than flames do, according to Ready.gov, the official website of the Department of Homeland Security.

In the aftermath of a house fire, attention turns to rebuilding and recovering what can be salvaged from the damage. But even then, a virtually invisible risk factor may exist — one that is just as deadly as the fire itself despite not being an immediate health threat.

That risk factor is asbestos, a naturally occurring mineral used as a ubiquitous ingredient in fire-resistant construction materials for much of the 20th century. Asbestos can be found in cement sheets, roof adhesives, floor tiles, and even drywall. It was commonly used to insulate attics, wall gaskets and wiring.

Asbestos is fireproof and extremely durable. It is considered safe when left undisturbed, but as products are damaged or wear down over time, toxic asbestos fibers are released into the air.

When a person inhales or swallows airborne asbestos fibers, they can become lodged in the body permanently. Over many years, these fibers damage cells, cause inflammation and may lead to cancer such as mesothelioma.

“Everyone generally knows about the harmful side effects of asbestos, but no one really knows how to pick or choose what to do with the situation,” Matt Bethel, director of operations at Asbestos Pro Services, an asbestos abatement company based in Massachusetts, told The Mesothelioma Center at Asbestos.com. “[Asbestos] causes cancer, and I feel like it should be treated like cancer. It should be taken very seriously.”

Best to Leave It to the Professionals

Bethel said homeowners often think of asbestos as they do black mold, especially after disasters such as a flood or house fire.

They know they should avoid it, but ultimately overlook it in efforts to recover their belongings and priceless possessions.

“When it comes to rummaging through damage and debris, they don’t care, they just want to find those pictures,” Bethel said.

Bethel also said people often think they can recognize health dangers such as asbestos, but unlike black mold, it is rarely noticeable to a naked eye.

Asbestos fibers are microscopic. Tens of thousands of fibers clustered together appear as a mere speck on a surface.

“All it takes is a few [fibers],” Bethel said. “The reason it causes cancer is the fibers are like a spike and our bodies cannot extract that out of our lungs.”

The only way to be 100 percent safe from asbestos exposure is to have an air monitor or inspector come in and test the area for contamination.

“Because the fibers are so small, the only way you can see if any object contains more than 1 percent is to have it tested in a lab,” Bethel said. “It’s better to be safe than sorry. You want to be able to tell them there’s another safe way to go about it, but there’s really not.”

Bethel says anyone living in a home built before 1986 is most at risk. This is because, despite tougher restrictions on asbestos-containing products and air quality in the 1970s, many asbestos products remained on shelves through 1985.

“That’s why most home inspectors go by the rule that if a home was built before 1986, they should test for asbestos,” Bethel said. “With a house being burnt down, you don’t know what happened, so it’s best to have someone test it and then have an abatement contractor come in and remove it.” 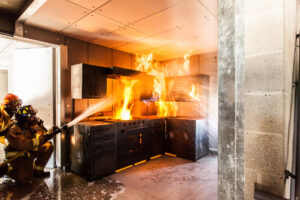 Protect Yourself at All Times

In the event someone is determined to sift through the damage after a house fire, they should take precautions such as using amended water and wearing a respirator with a high-efficiency particulate air filter.

“Something we do to minimize exposure when we are in containment is using amended water, which is basically soapy water,” Bethel said. “The soap suds attach to those fibers that are in the air and weigh them down to bring them down on top of our plastic that allows us to clean it up. Water is your friend in these situations. Obviously, it fights fire, but it also weighs asbestos down and keeps it out of your breathing zone.”

Firefighters help tremendously with this because they douse the house in water, even after the flames are put out. But damaged asbestos-containing products can dry out by the time firefighters deem the structure safe for families to recover items.

Moving burnt up boards, beams and appliances can stir up dust that may contain asbestos fibers, leading to exposure.

Bethel said the most common mistake he sees people make when it comes to protecting themselves from asbestos is wearing a simple dust mask instead of a half-face respirator approved by the National Institute for Occupational Safety and Health.

“Those fibers are just too small, and they can make it through that dust mask,” he said. “You can get an approved P100 respirator for around $30 and even get it on Amazon where it and the filters for it are at your door in two days.”

Homeowners should also wear disposable coverall suits and protective gloves when in an area possibly contaminated with asbestos.

Still, Bethel urges that the safest decision after a fire in an older home is to bring in a professional inspector, who would need to test everything.

“That’s the only surefire way to know it’s 100 percent safe,” he said. “If you assume, it could be the wrong assumption.”