Planning a home renovation or demolition? Think about asbestos 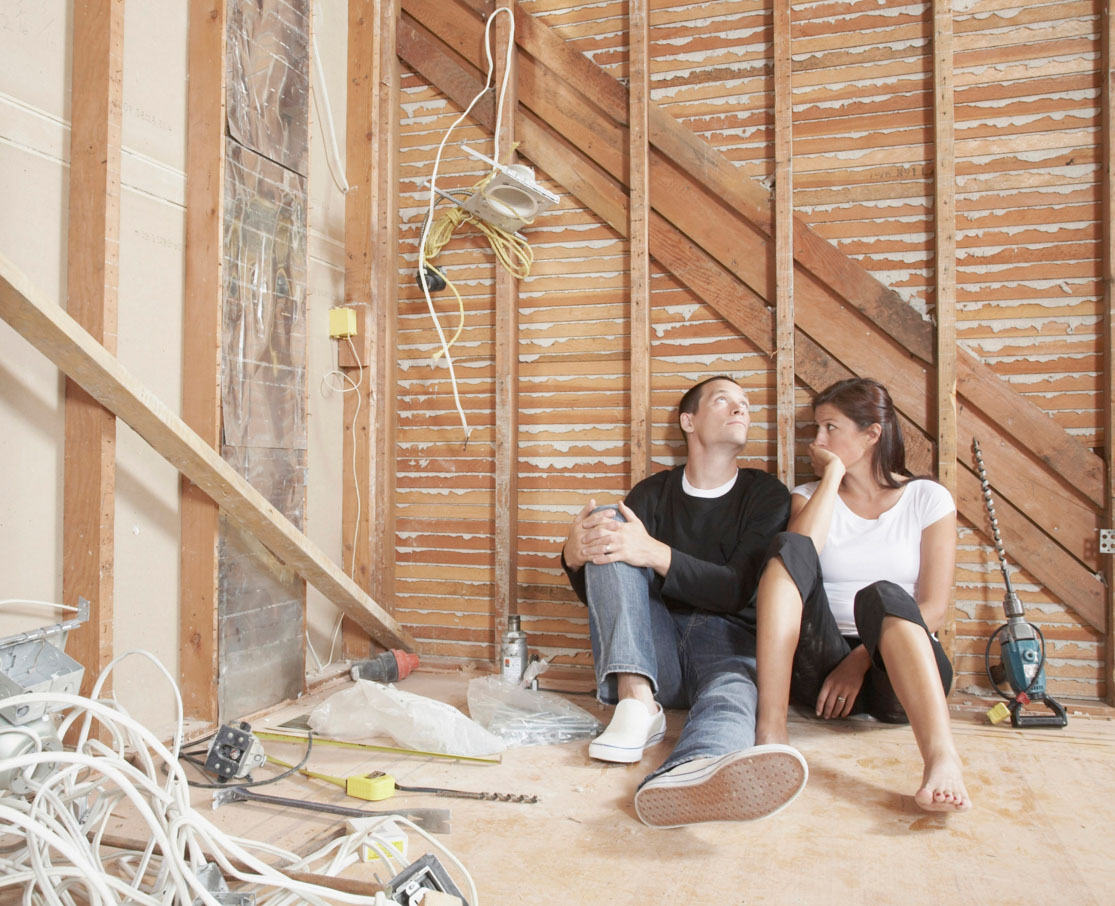 If a house was built before 1990, this hazardous material is potentially hiding somewhere behind its walls, and it could put workers and family members at risk of serious health problems.

Home renovations can be exciting and all-consuming, not to mention stressful. While it’s easy to get wrapped up in the finer details—such as selecting colour schemes and lighting solutions—many homeowners overlook a hidden hurdle: addressing asbestos.

“Asbestos kills and it needs to be taken seriously,” says Al Johnson, vice-president of Prevention Services at WorkSafeBC. “While most homeowners know what asbestos is, many don’t realize they have a role to play in the health and safety of everyone working on their project, and that includes ensuring they hire qualified professionals to test for asbestos and safely remove asbestos.”

In a recent province-wide survey, WorkSafeBC found that only half of the homeowners in British Columbia who responded think it’s their responsibility to test for asbestos before a renovation or demolition. Furthermore, only about a third (36%) of homeowners who had done a reno of a pre-1990’s home in the last five years recalled testing for asbestos prior to work starting.  WorkSafeBC is enhancing the work it already does with workers and employers in BC around the dangers of asbestos exposure with a campaign to make homeowners aware of the role they play in keeping everyone safe on their project.  The campaign is about asbestos awareness, testing, and safe removal – before starting work on renos or demos.

So what is asbestos?

It’s a naturally occurring fibrous material that was used in more than 3,000 building products manufactured between 1950 and 1990. It can quite literally be hiding in plain sight. Once prized as a fire retardant and insulation material, asbestos was later found to be toxic if inhaled. Interestingly, it’s only dangerous if “disturbed.” 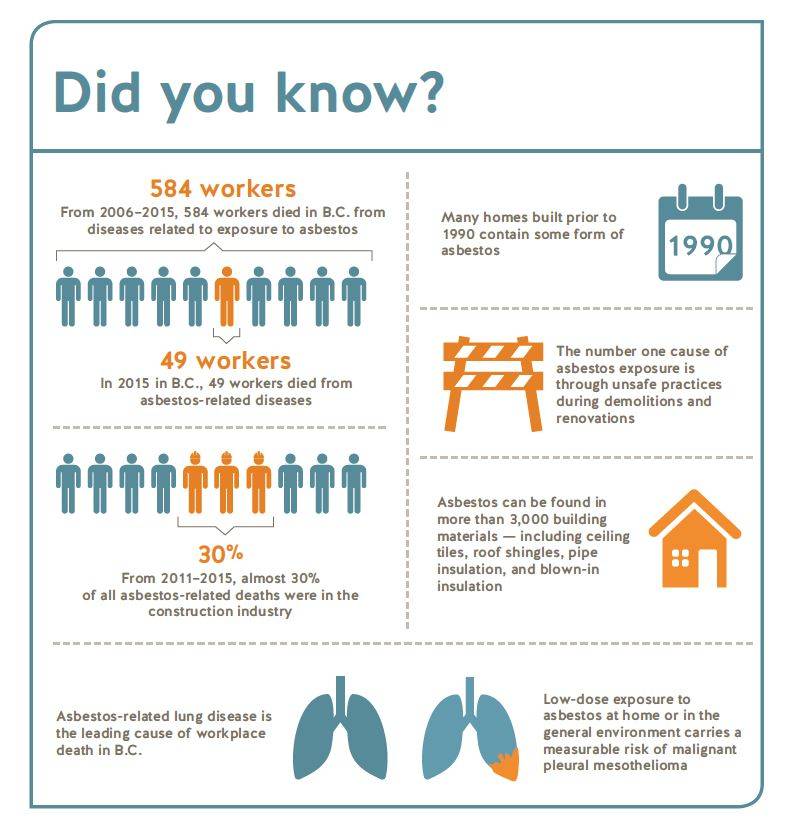 Knocking down drywall, ripping up vinyl tiles, and removing insulation, for example, can release colourless and odourless asbestos into the air. When asbestos is inhaled, it can damage a person’s lungs and lead to diseases such as lung cancer, mesothelioma (an aggressive cancer that develops in the lining of the chest or abdomen) and asbestosis (scarring of the lung tissue that leads to shortness of breath). In fact, asbestos-related lung disease is the leading cause of workplace death in B.C., claiming 49 lives last year alone.

“The more homeowners think about asbestos, and the more they know about how to identify it and have it properly removed from their homes, the better equipped they’ll be to prevent potential exposures,” says Johnson.  That’s important because exposure to asbestos can pose serious health risks, not only to those working in the home, but also to family members in the home.

While you may be aware of where some asbestos is hiding in your home, it’s often mixed with other materials, making it difficult to detect. When Anna Glenny moved into her home nearly two years ago, a neighbour in her complex warned her that there could be asbestos under the old linoleum in her laundry area. (The paper backing on some lino contains high concentrations of asbestos and can tear easily, which releases the asbestos fibres.)

“As soon as I heard that there was potentially asbestos there, I had all these nightmare scenarios running through my mind,” Glenny recalls. “My daughter was only 10 months old when we moved in, so it was really, really worrying. Is she going to breathe in asbestos? Am I? You hear stories about how expensive it is to have it remediated, so it’s also a worry on your finances.”

When Glenny recently had her flooring replaced, asbestos was top of mind. She conferred with the contractor and together they decided to leave the old linoleum in place and put the new flooring on top.

If you suspect asbestos is in your home, it’s important to hire a qualified testing company that will take samples of materials and send them to a lab before any reno work is completed.

In the event asbestos-containing materials have been identified, the next step is to have the material removed by a qualified asbestos abatement contractor.

“Depending on the size of the project, testing and removing any asbestos-containing materials properly can be costly,” acknowledges Johnson. “Considering the well-documented risks of asbestos exposure, we think investing in the health and safety of everyone on the project is money well spent.”

PreviousAsbestos Basics and How to Protect Yourself and Your Family
NextA Positive Work Environment is What Hazpro is all About – Join our Family!